Wow…give me several days of isolation during report card season and THAT is when I get inspired to write a little tutorial. It has been on my mind for awhile since I have learned so much from other bloggers and want to “give back” so here we are. Our topic today is cropping and how it can change the entire feel of your photos.

Of course, it is ultimately best to compose your shot just as you want it in camera. Sometimes, I get a shot that I wanted and intended to get but I still play around with cropping to change the purpose or just see what the possibilities are. Cropping can change what the viewer focuses on in your photos.

Here is an example of a photo I took today outside. (***The truth is, I was trying to get my dog to do his business outside but it is a sheet of ice out there and he didn’t want to get on that scary stuff. I don’t totally blame him. While out there trying to coax him onto that slippery surface and getting him relaxed/comfortable enough to relieve himself, I noticed the craziness that Mother Nature offered up today. Wow. All that snow that was on everything melted just enough to be “not snow” and then freeze up right away before it all dripped or flowed off. The result was Icicle fever!!! So there were shapes and cool effects everywhere.) I began snapping away…

Original photo-it is of that tree in front of my house that I love-I may have to make a collage of this tree during the different seasons and stages.
I just love that reddish color of the bare branches and how it contrasts with the color and texture of the ice. I wanted to get the branches “reaching” and I wanted enough context to see the scale of the tree. I also had to think about what was in the background. No offense to my neighbors, but their power meter and hose reel do not add beauty to my composition! I accounted for the fact that I couldn’t control those things so set the aperature to 7 (low for the lens I was using…)in hopes of getting enough focus on that coolness in the tree and then blur out the background a bit. 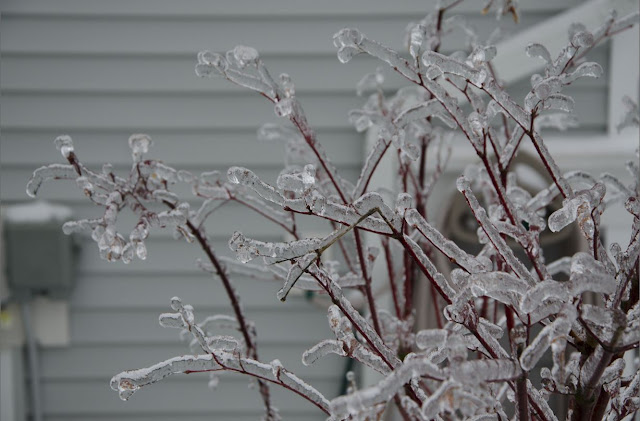 Crop ONE: I wanted to minimize the distractions, still include some of the red of the branches and include the ends of the ice covered branches but reduce the number of the branches so that the focus was more on that icy beauty. 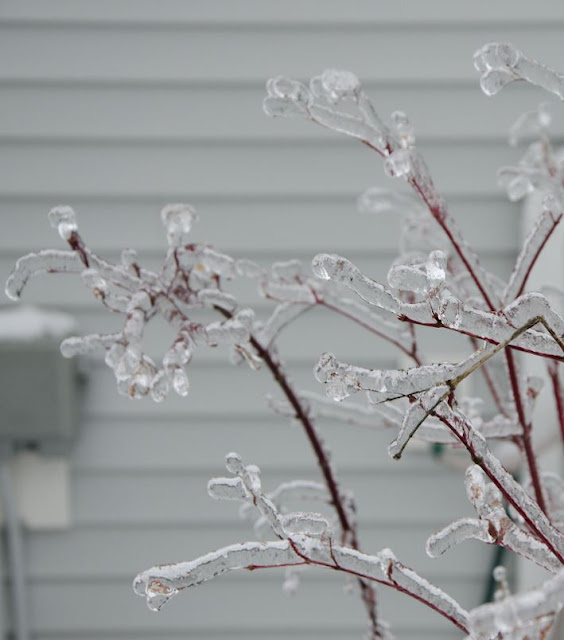 Crop TWO: I wanted to zoom in a bit and see what it would look like with that one “clump” as the main focus. It wasn’t as in focus as I would have liked. I started to move the photo around the crop box to see how different compositions looked. 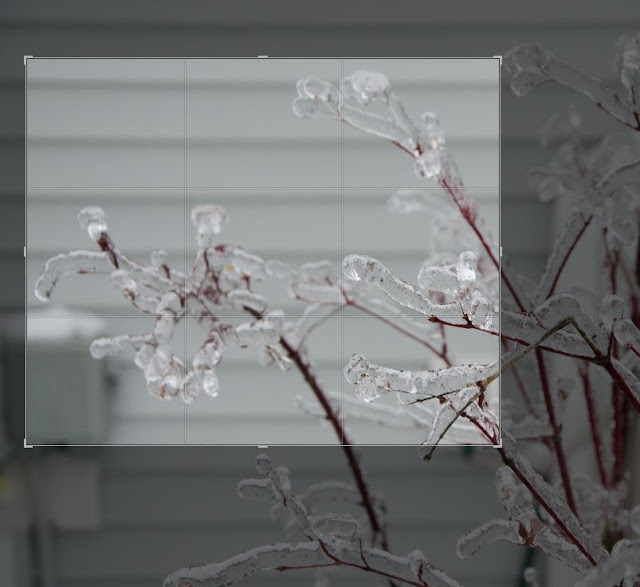 Crop THREE: In looking at this photo so much, I began to see ice animals crawling on the branches-take a moment to see that-really…do you see?  I saw that one branch (you know, the one that looks like a dinosaur going “rawr”) was more in focus and included the red that I originally wanted.

I did some brightening to enhance the iciness and the branches and am pleased with the result: red branches, good composition, focus on the ice, minimal distraction in the background but I cannot shake that dino face-can you? 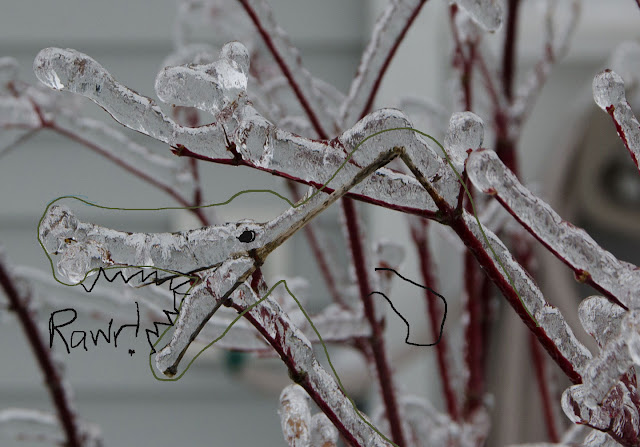 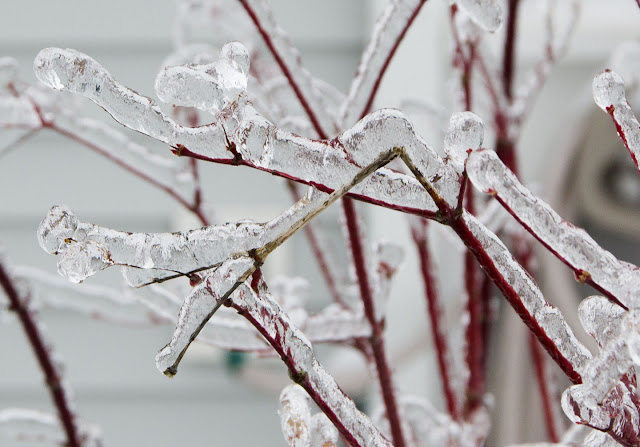 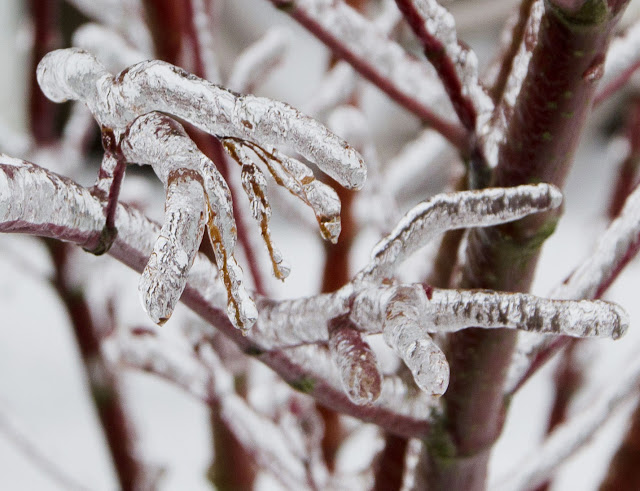